How to Carve Stone with hand tools
The tooth chisel

How to carve stone with hand tools - The tooth chisel

In this video, Athar is going to discuss the gradina, or tooth chisel. This video provides you with a detailed description of the various shapes in which it can be found and includes an explanation and demonstration of how to use the tooth chisel.

The tooth chisel is a favourite tool of many sculptors as it can be used both as an intermediary tool as well as a finishing tool. It leaves a beautiful mark on the surface of the stone.

The tooth chisel is sometimes also referred to as the “claw chisel”, whereas in Italian it’s called the “Gradina”. Strictly speaking, the tooth chisel is an intermediary tool, used after roughing out the stone with the point chisel, both to remove the rough marks left by it and to prepare the surface for the finer details to be carved with the flat chisel.

But the tooth chisel can also be used as a finishing tool because of the vivid marks that it leaves behind. Many sculptors used to leave its distinctive texture as a finished surface. Michelangelo for example, relied heavily on tooth chisels. Very often he left extremely rough marks over large areas of his sculptures, other times he used them with incredible delicacy, to texture the surfaces and to control the play of light on the stone.

The tooth chisel, consists of a metal rod of about 20 to 25 cm in length, and its diameter varies between 1 and 2 cm. What’s peculiar about the tooth chisel is the wide range of the width of the cutting edge: it can vary between a couple of millimetres in width up to 10 cm or even more. The wide varieties are usually used only on softer stones.

The cutting edge consists of a series of smaller points that resemble a line of teeth, that’s why they’re called “tooth chisels”. The number of points on the cutting edge can vary from two up to fifteen teeth. Their shape can be either pointed or squared. The pointed ones for the rougher work, especially after the use of the point chisel and the squared ones for the finer details.

Tooth chisels come both in hardened steel and carbide tipped versions. The carbide ones are great, but they have a few minor setbacks: the first one is that they are very expensive, they can cost up to three times as much as the steel ones. A second issue is that their tips might break or detach while carving. This happens when a sideward pressure is exerted onto them. Usually when the chisel is driven into a tight corner and gets stuck. Don’t forget that carbide is an extremely hard alloy, but it’s also very brittle.

The chisel is usually struck with a hammer, or with a round mallet, either in steel or is synthetic fibre like this one.

When using a tooth chisel, hold it at an angle of 30 to 60 degrees to the surface of the stone. With the narrow angle you will be able to gently go over the surface of the stone, preparing it for the final stages with the flat chisel. While the wider angle will allow you to remove much more material, but the marks left behind will be rougher. Obviously, also the shape of the actual teeth, whether squared or pointed, will affect the marks left behind on the stone. 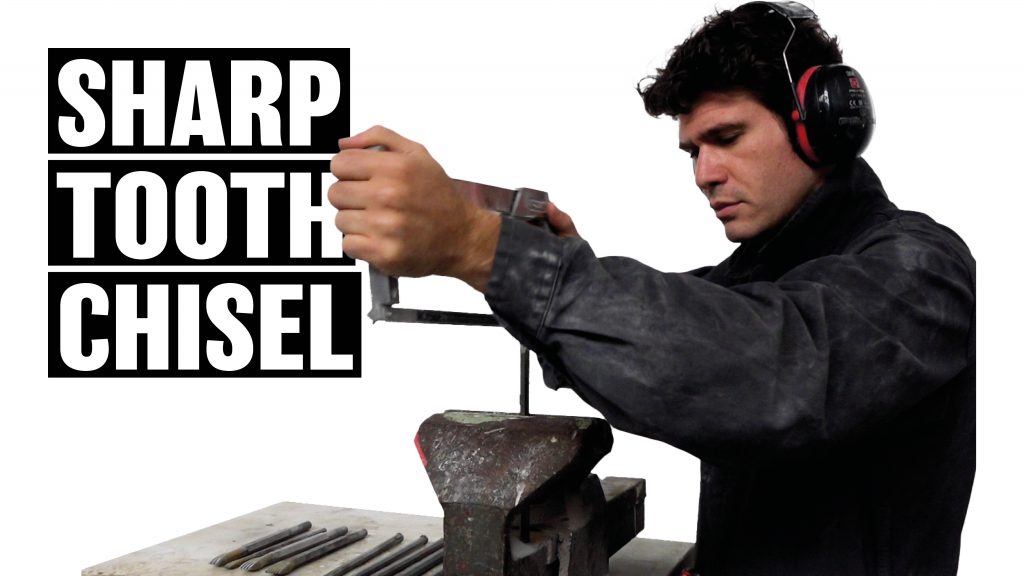 How to Sharpen Tooth Chisels.

A tutorial on sharpening tooth chisels. 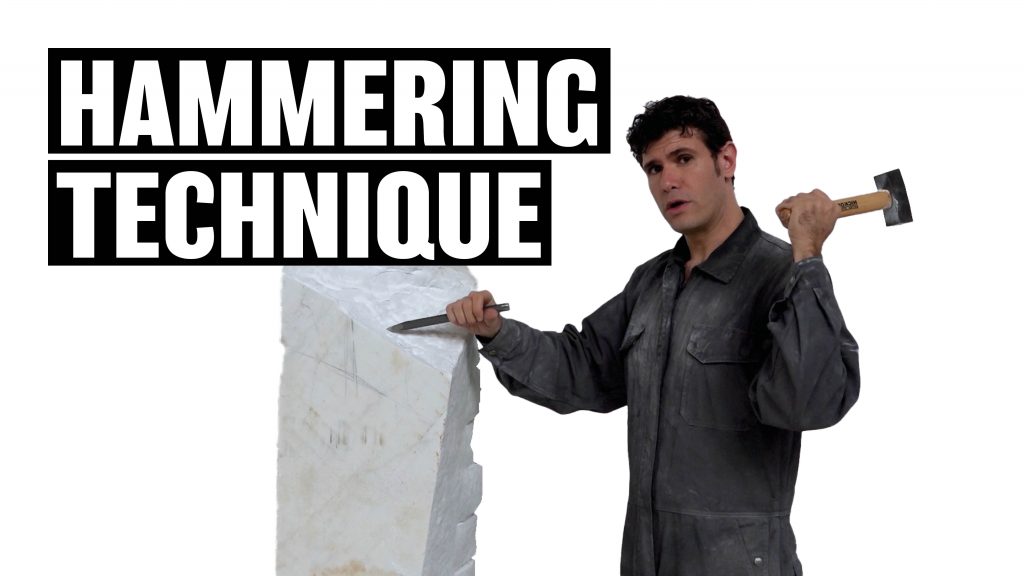 Learn how to use the club hammer and point chisel correctly. 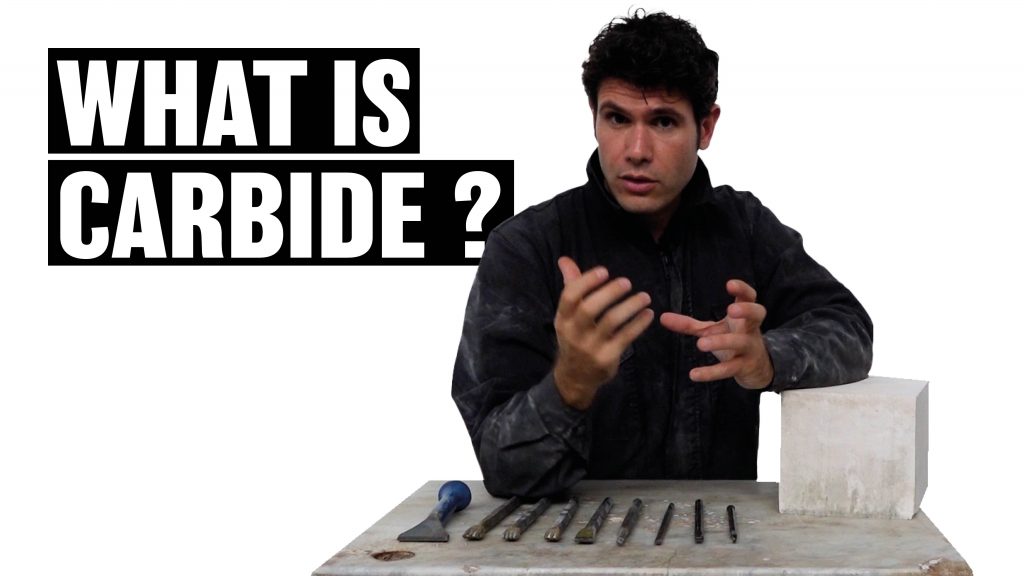 What is Carbide actually?

A brief introduction into carbide and its use in stonecarving. 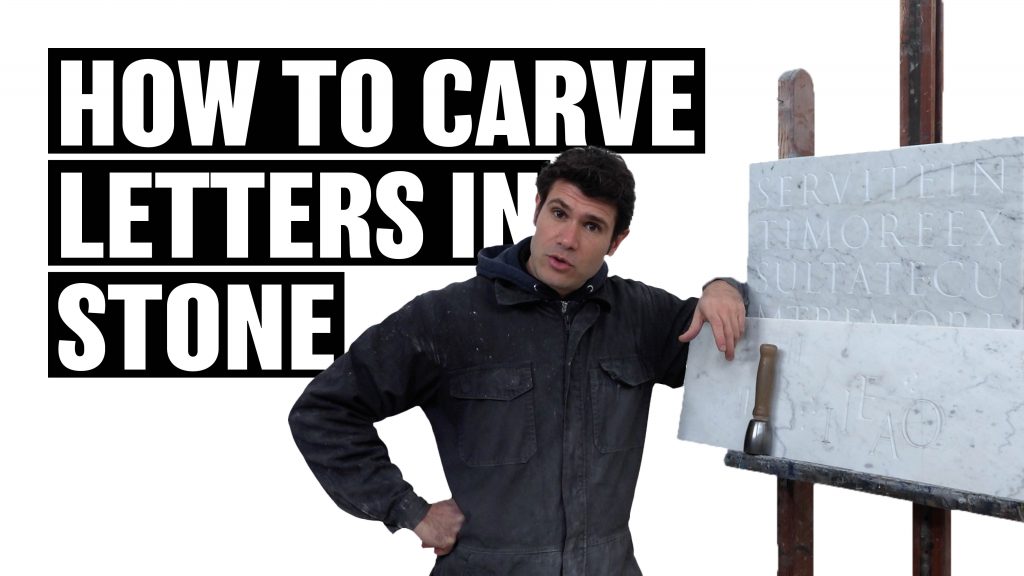 How to Carve Letters in Stone

A brief introduction into letter carving. 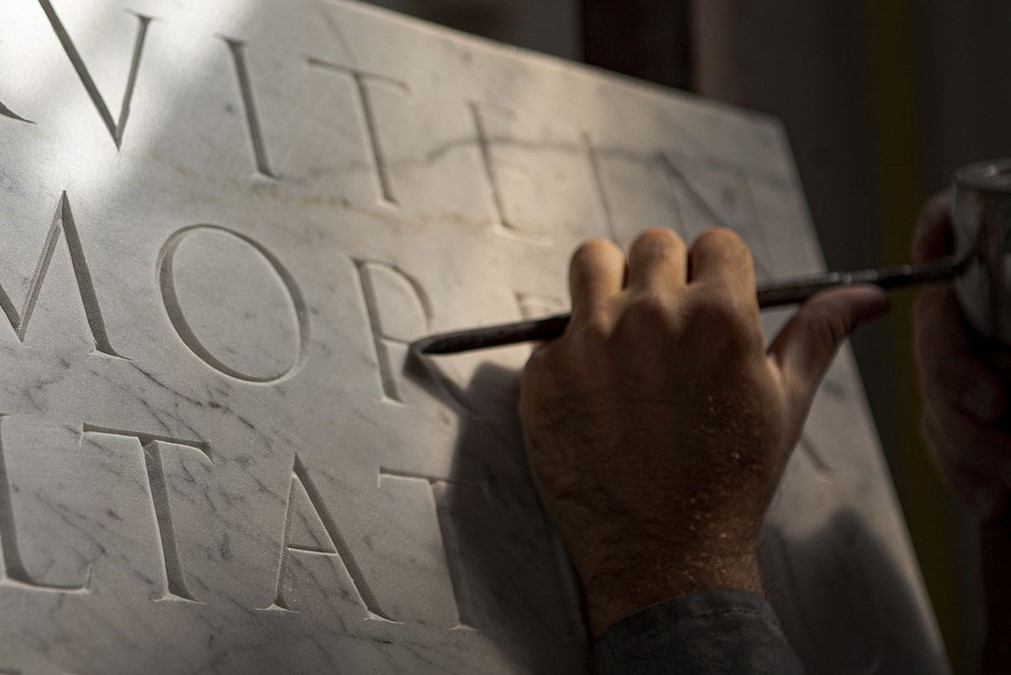 A course that will teach you how to carve letters and help you getting started on your own. 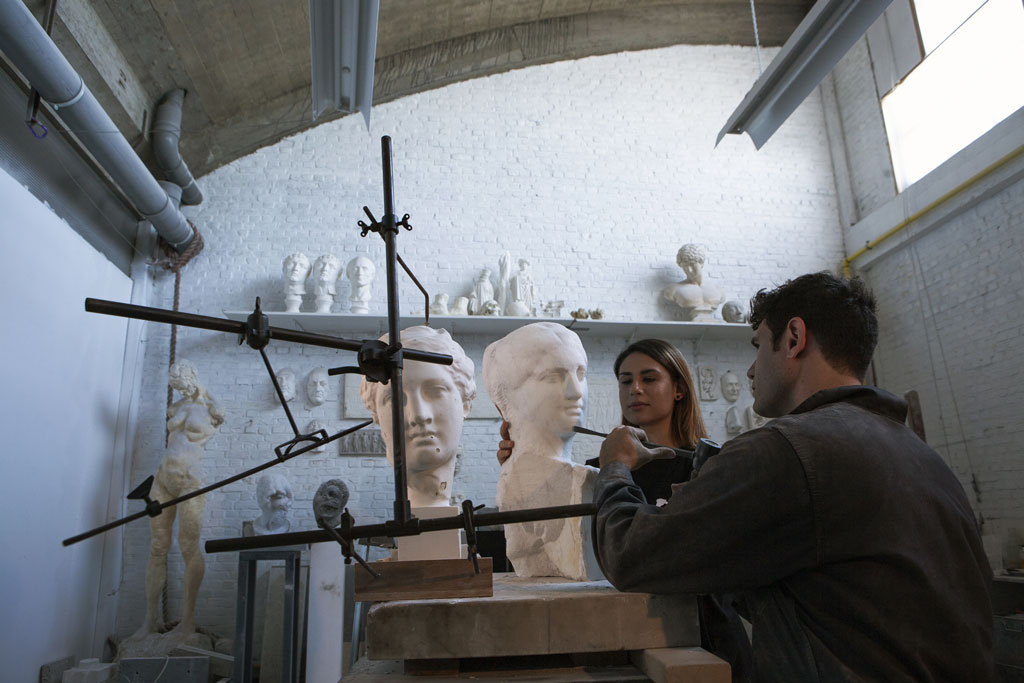 Every other weekend, our fully equipped studio is available for private classes to no more than 4 students. 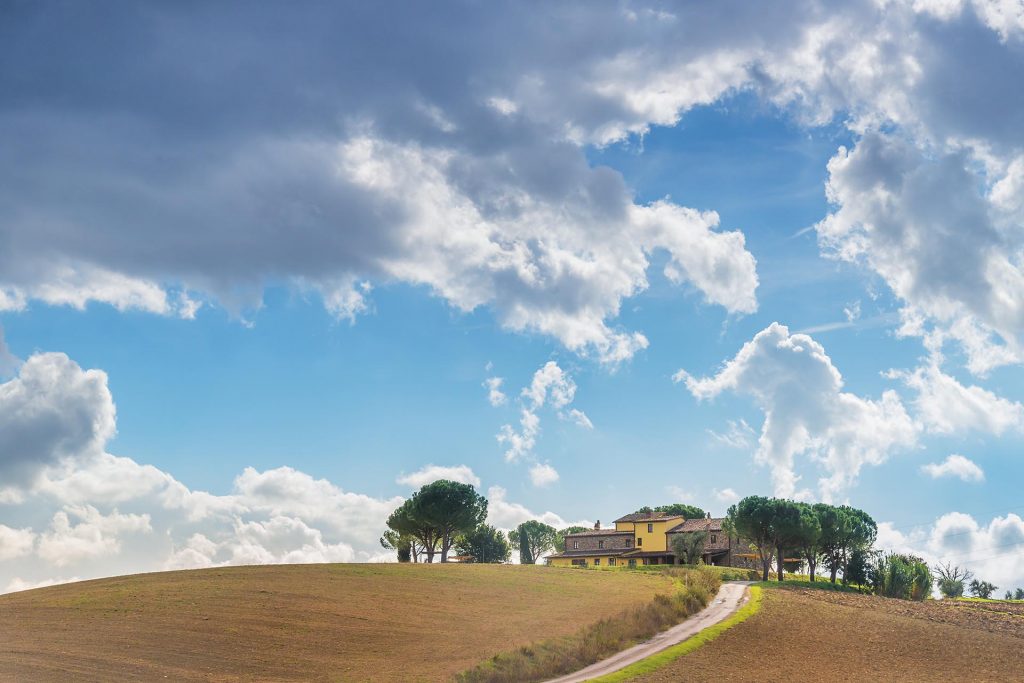 A seven day stone carving course at a magnificent, 18th Century Tuscan Country House. All in.

This website uses cookies to improve your experience while you navigate through the website. Out of these, the cookies that are categorized as necessary are stored on your browser as they are essential for the working of basic functionalities of the website. We also use third-party cookies that help us analyze and understand how you use this website. These cookies will be stored in your browser only with your consent. You also have the option to opt-out of these cookies. But opting out of some of these cookies may affect your browsing experience.
Necessary Always Enabled
Necessary cookies are absolutely essential for the website to function properly. This category only includes cookies that ensures basic functionalities and security features of the website. These cookies do not store any personal information.
Non-necessary
Any cookies that may not be particularly necessary for the website to function and is used specifically to collect user personal data via analytics, ads, other embedded contents are termed as non-necessary cookies. It is mandatory to procure user consent prior to running these cookies on your website.
SAVE & ACCEPT